Microsoft recently shipped a new API that belongs to the Bing Maps family, the Multi-Itinerary Optimization API (or MIO for short). The MIO API is ideal if you’re battling with delivery planning and schedule issues as it helps you plan an itinerary schedule for one or more agents that need to travel between multiple locations and itinerary items.

For example, couriers that have multiple delivery locations that work multiple shifts, e.g., morning and afternoon – with this information, the MIO API can return the following information for each agent/courier:

You also have the option of setting additional parameters based on your unique business requirements. For example, the costvalue parameter can be set to either TravelTime or Distance.  Setting this parameter lets you minimise the travel time or distance travelled for the scheduled items that need to be delivered.

How can you consume the MIO API?

Below you can see the key parameters that you need to supply for both agent and itinerary items. For a full list, go to the Microsoft Docs site.

So, what would this data look like? Let’s look at an example of this data for both agents and itinerary items.

Imagine you have two agents, Connor and Harris. Both agents have one shift. Each of these agents also have:

To keep things simple, we will assume that both agents will take their lunch break at the same location which is: Falcons Nest, Gosforth, Rotary Way, Newcastle Upon Tyne NE3 5EH (or 55.035340, -1.625570 in coordinates). For convenience, you can see the following table which contains both our agents’ starting and ending information:

Finally, we need to set the itinerary data. To simplify this, we’ll factor the following into our example:

We’ll assign different priorities and dwell times to each drop off.

The table below contains the list of destinations and their respective co-ordinates, dwell time and priority.

By this point, we’ve got the agent shift data along with the respective itinerary items. We can now create a request in Postman and test the endpoint.

Creating the request in Postman

After submitting the request to the MIO API using Postman, the following JSON is returned:

In the above response, you can see a callbackUrl.  Clicking on this will construct a new request that points you to a new URL which contains the most optimal routes for both agents the MIO API has generated:

(Spoiler warning – the response payload contains quite a bit of data!)
After clicking send on the callbackUrl, the MIO API returns the following data:

Key Nodes in the Response

The key nodes to pick out in the above response are:

Duration: The estimated travel time. This applies only for the instructions: TravelBetweenLocations.

To recap, to invoke the API we have:

You’ve got an optimised route but now what?

With the data optimised and categorised in this way you can do quite a few things with it. For example, you can take the generated latitudes and longitudes and plot directions on a Bing Map.

In this example, I’ve taken the first couple of steps from Connor’s journey (our agent from the earlier example) and used the Directions Module that ships with the Bing Maps SDK to then plot the directions on a web page that contains a Bing Map:

You’re probably having your own ideas as to how the MIO API can be deployed, some other ideas include but aren’t limited to:

Local Authorities: Use the MIO API to help you easily plan out an itinerary of maintenance repairs.

Safety Inspections: Safety inspections of local businesses can use the MIO API to plan the most optimum journey for site visits.

Delivery Drivers: We’ve just seen an example of this throughout this blog post.

In this blog post we’ve introduced the Bing Maps MIO API.  We’ve seen how you can use it to help you take the complexity out of multi-schedule and multi-route planning when it comes to determining the most optimal routes for your field or logistics operations.

We’ve also seen how the API can provide you with a breakdown of step by step instructions and datasets that lend themselves to being easily plotted on to mapping technologies such as Bing Maps.

You can find out more about the MIO API here.

You’ll need a Bing Maps key to the MIO API, get a free one here.

Check out the Bing Maps MIO API demo on their website here.

If you need more information about Bing Maps, geocoding, or integrating the MIO API into your app, the Grey Matter mapping team are map and licensing specialists and can be contacted on: mapping@greymatter.com or called directly on +44 (0)1364 655 133. 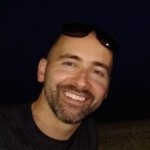